An analysis of general surgery theses set up between years 1998-2018 in Turkey: Evidence levels and publication rates of 1996 theses

Objective: Setting up and advocating a thesis is mandatory at the end of the residency training program to become a specialist in general surgery according to the regulations on medical specialization in Turkey. Writing a thesis helps the resident to learn to ask structured questions, assembling the most accurate study design, managing the study process, collecting the results and building a conclusion with medical implications. In this descriptive study, we aimed to investigate the publication rates of the theses written in the field of general surgery and to assess the properties of the published theses.

Material and Methods: We performed an online search on September 1, 2018, about the theses of general surgery residents on the website of National Thesis data center of Academic Educational Board in Turkey including theses of medical residents in university-affiliated hospitals and analyzed theses accomplished between 1998-2018. The publication status of the theses was assessed by the entry of author name, the title of the theses and keywords of the theses by using the search engines of PubMed, Google Scholar and Turkish Academic Network and Information Center Turkish Database (ULAKBIM). Data were presented in a descriptive form as absolute numbers and percentages.

In this retrospective observational study, we performed an online search on September 1, 2018, regarding the theses of general surgery residents on the website of National Thesis data center of Academic Educational Board in Turkey, which includes the theses of medical residents in university-affiliated hospitals, and analyzed the theses conducted between 1998-2018. We selected “General surgery” in the “Department” tab and collected information about the publishing years, author names, thesis names, nature of the theses. The publication status of the theses was assessed by the entry of author name, the title of the theses and keywords of the theses by using the search engines of PubMed, Google Scholar and Turkish Academic Network and Information Center Turkish Database (ULAKBIM).

Table 1. Levels of Evidence and Grades of Recommendation System

Table 2. Research methodologies and indexation info of the published thesis

Figure 1. Publication numbers of the theses
× 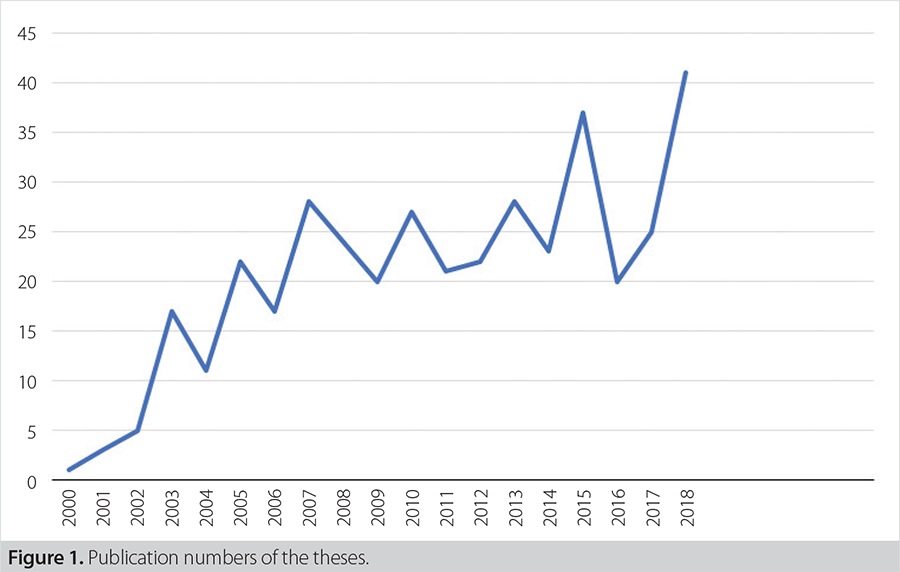 Figure 2. Research methodologies according to 5 year-periods
×

According to research methodologies, 79.2% of the experimental studies were published in SCI/SCIE indexed journals (Table 3).

Table 3. Publication rates of theses according to research methodologies in international and SCI/SCIE indexed journals

According to the subject of the published theses, the percentage of publication in SCI/SCIE indexed journals was statistically significant (p< 0.001). As a result of post-hoc analysis, SCI/SCIE indexed journal publication percentages of the theses on peritoneum/omentum diseases and skin diseases/wound healing were higher (p= 0.003 and p= 0.022; respectively). In addition, SCI/SCIE indexed journal publication percentages of the theses about upper gastrointestinal system diseases and breast diseases were found to be lower (p= 0.014, p< 0.001) (Table 4). Sub analysis of the thesis subjects according to research methodology, number of experimental studies in intestines/Colon/Rectum/Anus, hepatopancreaticobiliary system, miscellenous, peritoneum/omentum, endocrine diseases group were 31 (41.3%), 25 (37.3%), 20 (60.6%), 30 (100%), 13 (46.4%), 12 (100%), respectively.

Table 4. Subject of the published theses

According to Levels of Evidence and Grades of Recommendation System evaluation, 76.8% of the published theses were in Level II (Figure 3).

Figure 3. Evaluation of the theses according to Levels of Evidence and Grades of Recommendation System evaluation
×

According to regulations of residency in medical doctorate and dentistry in Turkey, medical doctors (residents) are obligated to prepare and advocate a medical thesis in their field at the end of their training program (8). Idea setup, questioning, creating the study protocol, collecting the datum, assembling the results, arising the conclusions and concluding a clinical implication are steps of generating a scientific thesis. Accessibility of the scientific thesis is mostly inadequate, unfeasible or dependent on the accessibility of academic libraries. Publishing these valuable scientific papers in internationally indexed scientific journals is the best way to improve accessibility (2,9).

It was seen in this study that an increase was observed in the number of published theses over time, which is compatible with the literature (6). We believe that this increase might be associated with the rise in the number of institutions having residency programs in Turkey.

Although the number of clinical studies was higher, we found that experimental studies were more published in SCI/SCIE indexed journals (p= 0.007). This result correlates with the results of Ogrenci et al. (9).

According to research methodologies, half of the theses were experimental studies. However, as indicated in Figure 2, there is an increasing tendency to clinical studies and quality of the theses demonstrates an upgrading pattern, which is shown in Figure 3. The presented research also reveals that experimental studies have significantly higher publishing rates. The reason of this difference is that clinical studies need more effort, take longer time to be finalized, longer length of follow-up facilitates the loss of patients, and experimental studies have more potential to provide original information which provides a higher potential for scientific publication (10). Although prospective randomized studies are the most valuable studies, these factors create a tendency on residents to compose experimental theses. But in recent years, there has been an increase in the number of clinical studies, which is thought to be due to developments in hospital computing systems and computer technologies that has increased and eased the possibility of data access.

In the study presented here, theses subjecting the diseases of peritoneum/omentum and skin/wound healing had higher publication rates (p= 0.003 and p= 0.022; respectively), and the most dominantly published theses in SCI/SCIE indexed journals were conducted on the intestines/colon/rectum/anus (n= 75). All theses on peritoneum/omentum and skin/wound healing were experimental studies with a higher potential of publishing in SCI/SCIE journals.

Limitations of this study include the website of National Thesis data center of Higher Educational Council of the Republic of Turkey that only collects theses written at university hospital clinics, database center has excluded theses conducted at training hospitals affiliated by Ministry of Health up to 2015, and National Thesis data center records were not complete and the exclusion of the theses which did not allow open access reading. In addition, the indexation status of the journals is variable (i.e., SCI and SCIE are dynamic in and out situations).

Surprisingly, an excessive proportion of medical doctoral theses are never published, as recorded by the two international online databases for scientific literature. The main reason for this problem is that the majority of the theses consist of low-level studies and experimental studies. The quality of medical theses needs to be improved, and adequate measures should be taken to advance the scientific merit. We believe that this problem can be solved by encouraging residents to publish in high-quality journals and residents who do not publish their theses, be deemed incomplete in the residency program.